Eunice Tan I’d like you to imagine a father struggling with a young child. How quickly are you to offer him assistance than a mother doing the same thing? She likely needs just as much help, but we assume she’s got this covered and he doesn’t know what he’s doing. When we see a father volunteering at school, how would you rate his parenting abilities compared to a mother doing the same thing? Fathers often get gold stars for doing anything fatherly, while this behaviour is expected of mothers.

We use parenting stereotypes on an everyday basis, and we’re not often aware of how they affect our perceptions. Today, I’m going to ask you to challenge your parenting stereotypes, which are at the root of a very serious problem affecting millions of families worldwide. This is not going to be comfortable for most of you. We know that racial stereotypes are very resistant to change, and we learn those by age five.

Our parenting stereotypes are closely tied to the traditional gender roles of our parents, and we learn those by age two.

Our parenting stereotypes contribute to a problem known as parental alienation. Parental alienation involves a set of behaviours that one parent does to damage, destroy, or sever the relationship between their children and the other parent. These behaviours range widely in their severity and include things such as bad-mouthing the other parent to the child and making that child afraid to be with that parent. Many parents who are alienated are falsely accused of abuse as a strategy to get custody. Psychologists have long documented these behaviours among divorced, separated, and even intact families.

And parental alienation does not discriminate. It affects same-sex and different-sex relationships. It affects people of all racial groups, economic and income levels. Many parents, grandparents, step-parents, and extended family members are affected by this problem. Based on my research, I estimate about 13% of parents in this room have been targets of parental alienation.

That’s over 22 million American adults alone. Some people have characterized parental alienation as a form of child abuse, and the impact on children is severe. Children consider both parents important for their identity.

And when they’re led to believe that one part of their identity is bad or doesn’t love them, this has disastrous consequences for their development. Many alienated children develop psychological disorders, suffer an academic decline, and have an inability to develop healthy relationships themselves.

Imagine your child suddenly believing horrible things about you, told by the other parent. Trying to correct them will not change their opinion of you and, in fact, typically pushes them closer to the alienator. Many parents that I’ve interviewed have not seen or spoken to their children in years. This is a form of unresolvable grief. And we often think that this is a problem between two parents who cannot get along, and it’s not.

It’s typically one-sided. Yet many parents I’ve interviewed have sought court intervention to help them, and the judges tell them to kiss and make up, play nice. We don’t tell victims of bullying to go and shake hands with their bully on the playground. It doesn’t work that way. Parents can use parenting stereotypes to alienate their children very effectively.

For example, if a divorced mother tells you that the father of her children doesn’t care about them and this is why he doesn’t ever see them, how quickly are you to believe this? It’s very easy to alienate fathers from their children because we have very negative stereotypes about them: they’re deadbeat dads, they’re abusive, they’re absentee parents. Many alienated fathers I have interviewed have told me that their once-close friends and neighbours suddenly believed horrible things about them without hearing their side of the story. It’s very easy to alienate mothers when we can show that they are unmotherly. For example, if a mother leaves work early to pick up her children, how would you rate her abilities as a parent compared to a father doing the same thing?

She’s not seen as a good employee if she has to leave work early to pick up her children, and she’s not seen as a good mother if she works. In fact, young children rate mothers who work as less effective parents than those who do not, even when their own mothers work. That’s how deeply ingrained these stereotypes are. I’ve interviewed many mothers who were alienated from their children, who were the breadwinners of their families.

And when they divorce, this was used against them, with claims that she only cared about her career and not her children. If a father tells you that the mother of his child has a mental illness and is unable to care for that child, how quickly do you believe that? Claims about mental illness, such as depression, are easily applied to women, and these labels are harder to shake for mothers than for fathers. So fathers can alienate very effectively if they can show that they are exemplary – which is not hard to do, because we do not expect much of them in the first place – and if they can show that the mother is not motherly enough.

Our rigid parenting stereotypes are hurting children and families.

Our parenting stereotypes also impact how we perceive policy solutions to this problem. As an example, we can look to equal parenting initiatives, which have been proposed as a way to address parental alienation by distributing custody 50/50 time with both parents. These initiatives have proposed or imply that both parents are important to a child. Anthropologists and psychologists have long documented that mothers and fathers are important for a child’s development. We know, also, the outcomes for children, such as mental, emotional, and educational outcomes, are better when parenting is shared after a divorce.

Only when a parent is proven to be abusive or inadequate in some substantial way would a 50/50 distribution not be applied. Yet nearly all equal parenting initiatives across over a dozen US states and Canada have been defeated. Why? One explanation or one argument against these initiatives is that this would allow fathers who are abusive to further abuse their children and the mothers. Having personal experience with domestic violence, I initially agreed with this argument at face value. 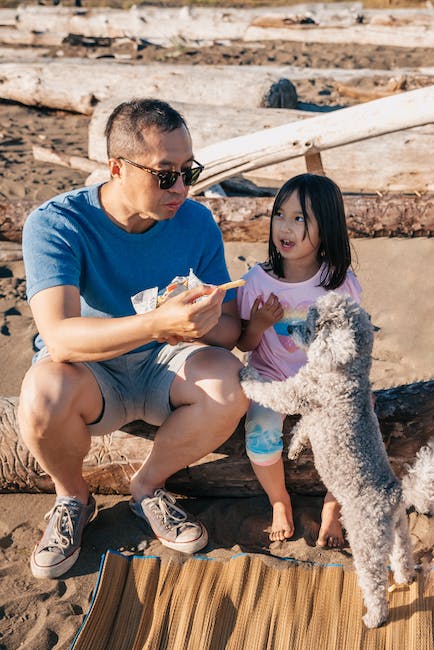 My initial agreement with that argument reflected an underlying prejudice that I had that men and fathers are aggressive. And to deny equal rights to children for all fathers because some are abusive is discrimination. I had to rise above my prejudices to see this problem more objectively.

And I asked myself, “What percentage of mothers who are abusive also alienate their children?” I had to learn a lot about human aggression when I was researching my new book. And what I learned challenged many of the beliefs that I have about humans and aggression. I also learned that many mothers and fathers who are targets of alienation were also victims of domestic violence.

We do have valid and reliable methods of assessment for abuse to protect children and family members who are victims of domestic violence.

We rarely use them. But we could use them and demand that our institutions require certification and training of custody evaluators to use them while still protecting the rights of parents to their children, and not have discriminatory practices. Some have argued that equal parenting initiatives are just a fathers’ rights issue, but I disagree. It’s a social justice issue. When my sons grow up someday and if they choose to have children, they won’t have the same rights to their children as a mother does unless we do something.

So how can we change our parenting stereotypes to fix this problem? Let’s say we do nothing. And you meet Casey and Addison, who were married for five years and had a child, Dakota. After filing for divorce, Casey tells everyone that Addison abused Dakota and had a mental illness and offered no proof for these accusations. Casey is awarded custody of Dakota, and Dakota sees Addison every other weekend.

Casey consistently tells Dakota that Addison is a bad and dangerous parent. Dakota, when expressing feelings of longing and sadness for not seeing Addison – Casey responds to this with just sadness and disappointment and feeling upset. Friends, neighbours, teachers all believe Casey’s accusations that Addison is a bad parent because they confirm their parental expectations. Dakota sees these adults’ avoidance of Addison as proof that Addison is a bad parent and starts to experience extreme anxiety. Meanwhile, Addison tries to make the most of parenting time with Dakota but starts to feel more and more disconnected.

Let me ask you: what gender did you assign to Casey and Addison? How did your parenting stereotypes affect how you perceive this family? Now, let’s say you change your parenting stereotypes, and we change our policies and laws to address this problem more effectively. Casey files for divorce and still tells everyone that Addison has abused Dakota and has a mental illness.

A thorough custody evaluation is done with valid assessments of abuse. The custody evaluator determines that the allegations made about Addison were false and a strategy to get custody. Casey’s awarded a fine and ordered to attend parenting classes. Equal custody is assigned to Casey and Addison. Casey still tells Dakota that Addison is a bad and dangerous parent.

However, when Dakota is with Addison, there is evidence that this is not true. When Casey says that you shouldn’t feel sad and upset and lonely when you’re with Addison, Dakota spends time with Addison and expresses their feelings openly about how they feel connected to that parent.

Neighbours, friends, teachers all question Casey’s allegations that Addison is a bad parent because they see that Addison has Dakota 50% of the time and is an involved parent. Dakota still experiences loyalty conflicts when with both parents. Casey still has a very negative portrayal about Addison.

But Dakota has a loving relationship with both parents and is doing okay. Note in both of these stories – the motives of the alienator do not change, the behaviours do not change. But what changes are our parenting expectations and stereotypes? And they have a strong impact and minimize the damage done by the alienator. We cannot change our laws and policies about parental alienation until we start changing our parenting stereotypes.

Most of us know someone who’s a victim or a perpetrator of parental alienation.

Please learn more about this problem, and don’t be a bystander when you see it happening. Let’s all work together to protect the best interests of a child in the way that it’s really in their best interest. Thank you. (Applause).

Read More: The Separation Files – Episode 1 | Part 4 – My Story by Ruby
As found on YouTube