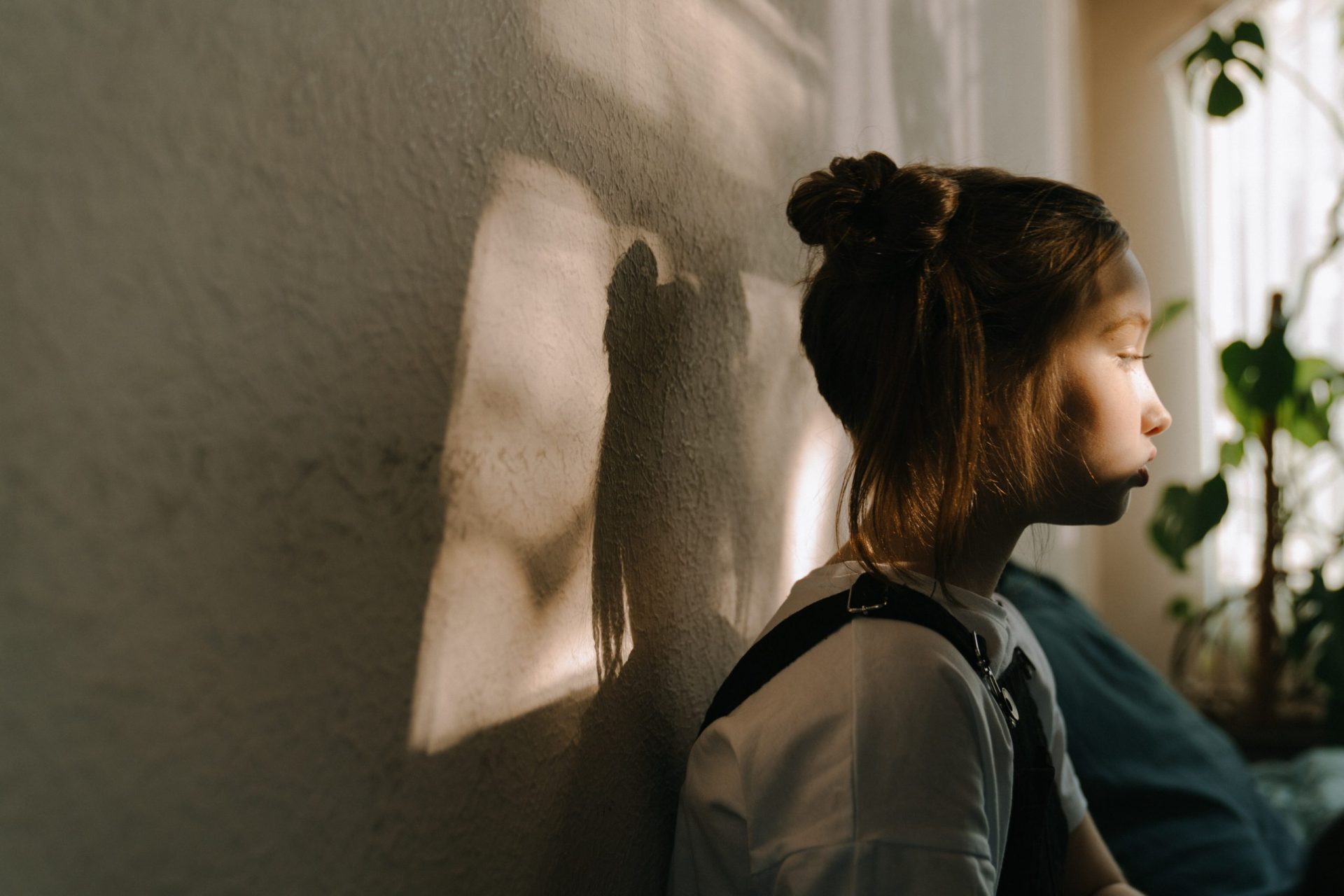 I have always been open and honest about my situation with my ex-partners as they are hell-bent on Alienating me from my children. I have done nothing but want to be an active part in my children’s lives. Unfortunately, my ex-partner does not think I should just because she is bitter and upset, she can no longer control me with her emotional abuse I have put up with for years with our daughter. The weaponising of my daughter always happens when I stop speaking to her mother and the emotional abuse starts!

My daughter is nearly 10 now that has been nearly 10 years I have had to put up with her controlling and emotionally abusive behaviour. Why did I put up with it the simple answer is to be able to see my daughter and play an active part in her life. Although I use the term active loosely as I could only see my daughter on her mum’s terms and not mine which meant I hardly saw her. Anyway, I have always provided for my daughter emotionally and financially as I want her to be well rounded when she grows up. Well, that has gone downhill very fast and it is all because I refused to be bullied, controlled and emotionally abused over our daughter.

So, when did I decide enough was enough from my ex-partner? I was January 2020, after my daughter asked to spend a week with me and her mother decided she wanted to cut her time with me because she missed her. Bearing in mind I have NEVER EVER had the opportunity before to have my daughter for that amount of time. When myself and daughter started to receive some nasty WhatApp messages from her mother because she missed my daughter and wanted her back home. Again, selfish and controlling behaviour because her mother wanted what she wanted and did not take into consideration how I felt or my daughter for that matter as we hardly spend that much time together.

Due to the fact previously, I just gave in all the time and would return my daughter immediately this time I said no I am standing my ground. My daughter has the right to spend as much time with me her father as she likes and no one should be able to stop that. The text messages and phone calls started to get worse and worse and after seeing how upset my daughter was getting, I had no choice but to return her to her mother. That made me incredibly angry and I have not spoken to her since so people may agree or disagree but enough is enough for me. I am tired of being made to feel guilty for being a father, I am tired of constantly battling with a selfish and inconsiderate person that thinks she is a single parent and just wants my money.

I am tired of being bullied and emotionally abuse every time I want to see my child who I love dearly but her mother wants to alienate me constantly from her. If the shoe was on the other foot, I probably would have been arrested, non-molestation orders filed against me and be told I would need to attend a domestic violence course due to my behaviour! So, why is that different for me as the father and not the mother who is traumatising my child????

Whatever, psychological and insecurity issues my ex-partner has why do I have to pay for it? Why can she not get help with it and seek counselling! Why does my daughter have to be put in a situation which is going to impact her mental health for the rest of her life? Below are examples of the messages her mother and 14-year-old sister sends from my daughter’s mobile phone to me. The system will change and this type of abuse will be recognised if it is the last thing I do in my lifetime! In order to successfully co-parent both parents need to be on the same page or at least try too be and not behaviour like this! 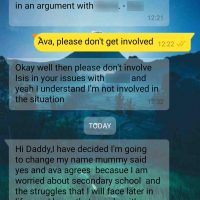 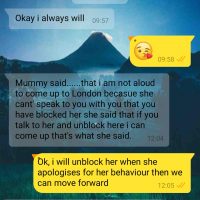 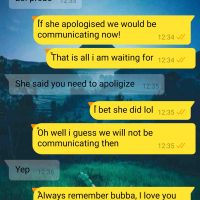 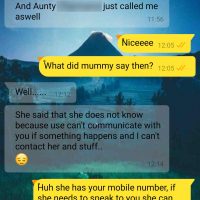 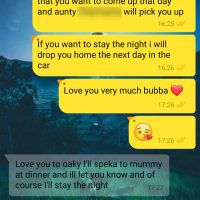 So, after a month the public letter I wrote to Tom McCormack (Child Maintenance…

When you were first born, I was so excited To see your little face I…