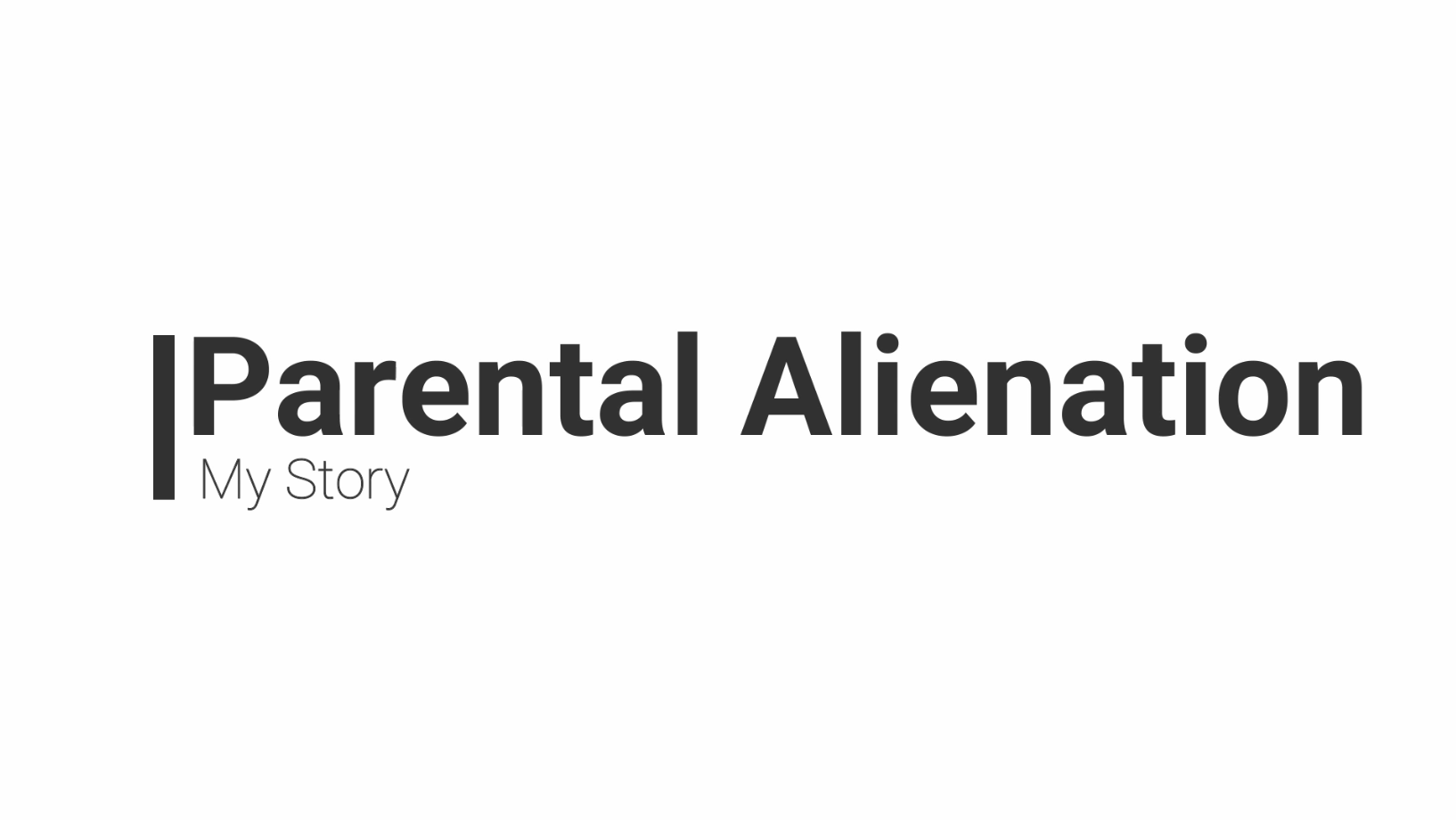 Mark Sheppard, founder of Family Separation and Support (FSS) travelled around the UK recently to speak to a number of alienated people. This included a child, a mother, a father and an alienated grandmother. The purpose of the video was to find out their experiences with parental alienation and the impact it has had on their lives.

Parental alienation used to be thought of as to be a myth which was introduced by abusive fathers who wanted to gain access to their children so they could continue their abusive behaviour.

The aim of our video is to show you how serious parental alienation is and the long-term impact it has not only on the immediate family but on extended family members too. Parental alienation causes a lot of trauma and needs to be taken seriously by the family justice system as well as local government.

Parental alienation describes a process through which a child becomes estranged from the absent parent as the result of the psychological manipulation from the other parent. The child’s estrangement may manifest itself as fear, disrespect or hostility towards the absent parent and may extend to additional relatives or parties as well. The child’s estrangement is disproportionate to any actions which may be demonstrated by the alienated parent.

Parental alienation can occur in any family unit but, is believed to occur most often within the context of family separation particularly when legal proceedings are underway. Professionals such as lawyers, judges and psychologists may also contribute to this conflict due to their lack of knowledge about parental alienation.

Critics within the psychological community note that alienating behaviour is common in families with a lot of conflict such as child custody proceedings. Furthermore, it is recognised that a parent who has caused a child to become alienated, for example through acts of domestic violence or child abuse, may then claim parental alienation to convince a court that the child’s justified response is the result of the parent’s misconduct to potentially gain custody of the child. Yet no diagnostic criteria have been established for parental alienation and proposals made to date, have not been established as reliable.

In addition, there are no activities which has been demonstrated to be safe or valid. Supporters of parental alienation argue that more research into finding a solution needs to be done.

Parental alienation has been recognised within some legal proceedings as a basis for awarding custody to a parent who alleges estrangement or to modify custody in favour of that parent. Courts generally reject parental alienation as a valid, scientific model but, some courts have allowed the concept to be argued as relevant when determining the child’s best interest in cases of child custody. Legal professionals recognise that alienating behaviours are common in child custody cases but, are cautious about accepting the concept of parental alienation.

We hope this video will give you a better understanding of what parental alienation is and how it impacts different members of the family. This documentary was filmed, written, directed and edited by Mark Sheppard.

Music by Hegsy & The Elements

Is the word FAMILY finally dead in today’s society?! #family

Is the word FAMILY finally dead in today's society?! #family Since I started my fight…

@childpsychabuse 💯 I still can't believe stuff like this is still going on! The sad thing about it is CMS does ignore and will continue too 😢

because it could be the last one you ever send to that person. Their is some much talk about suicide on the groups I am in and it is very worrying on the volume. We all need to do better and be more compassionate, kind and caring in these troubling times. Please be kinder (3/4)